While all the metrics in the San Antonio River Basin Report Card have overlapping correlation to the safe, clean, enjoyable creeks and rivers aspects of the River Authority’s mission, the Instream Flows grade is primarily related to the clean aspect. 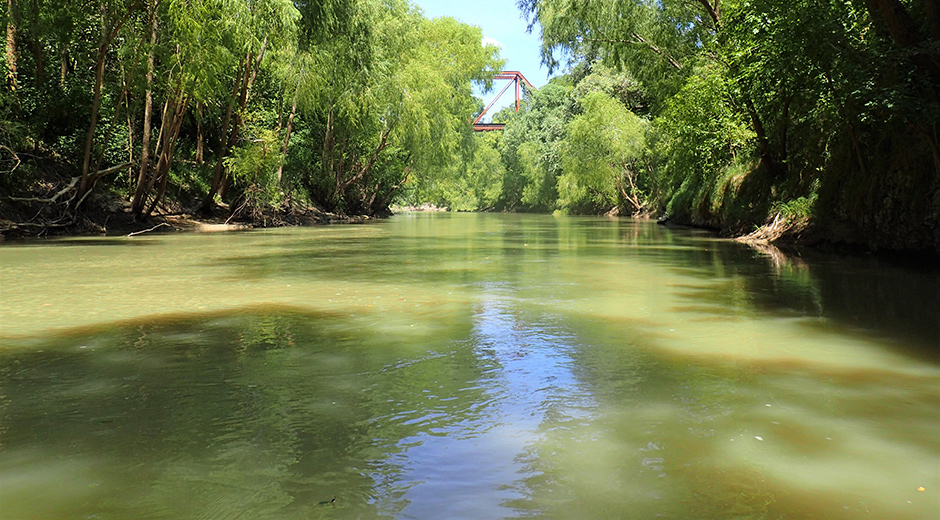 In 2001, the Texas Legislature enacted Senate Bill 2 establishing the Texas Instream Flows Program. The Texas Parks and Wildlife Department, Texas Commission on Environmental Quality (TCEQ), and the Texas Water Development Board (TWDB) were tasked to work with stakeholders to develop instream flow recommendations that will maintain a sound ecological environment for both the instream and riverine habitats (as well as freshwater inflows into the bay and estuary system) while balancing human needs through the water-rights permitting process. According to the TWDB, “instream flows are the amounts of water running in a river, usually measured by the volume, moving down the channel in a specified amount of time.”

Available water within river systems is finite and there is often competition for those limited natural resources between human and environmental needs. Humans require drinking water as well as water for manufacturing, farming, power, and recreation. Aquatic and riparian habitats (as well as bays and estuaries) also require fresh water for fish, plants, and other wildlife species. Establishing instream flows are an important way to strike a balance between all these competing interests.

In coordination with the above-mentioned state agencies, the River Authority conducted instream flow studies which provided the fundamental science to advance collective knowledge of the interconnected ecosystems within the San Antonio River Basin. In September 2011, a regional, stakeholder-driven, scientific-based process chaired by the River Authority’s General Manager, submitted to the TCEQ the Environmental Flows Standards and Strategies Recommendations Report from the Guadalupe, San Antonio, Mission, and Aransas Rivers and Mission, Copano, Aransas, and San Antonio Bays Basin and Bay Area Stakeholders Committee. The instream flow recommendations contained with that report became the basis for the regulatory standards for the San Antonio River adopted in 2012 by the TCEQ.

The TCEQ instream flow regulations utilize six different United States Geological Survey (USGS) gages spread throughout the San Antonio River Basin. Each gage has an identified target flow, measured in cubic feet per second (cfs), per season and hydrologic condition (i.e. dry, average, and wet) for subsistence, base, and small seasonal pulses. Four of these six gages also include a separate regulatory standard for large pulse flows that includes the time of year, frequency, target volume (cfs), and duration. The instream flow regulatory standards for all six USGS gages in the San Antonio River Basin are found in the TCEQ Environmental Flows for Surface Water.

Regulatory issues for water are complicated, to say the least. We have developed a simplified approach to grade instream flows for this basin report card that can be easily understood by the layman public and maintain sufficient scientific validity. Therefore, for simplicity, this basin report card indicator grade will only use the TCEQ regulatory seasonal dry hydrologic condition (DRH) base flow data from the River Authority’s Fiscal Year 2020-2021 (July 1, 2020 to June 30, 2021) as recorded from only the USGS gage 08188500 on the San Antonio River at Goliad. According to the TWDB, “base flow is the “normal” flow conditions found in a river in between storms, and base flows provide adequate habitat for the support of diverse, native aquatic communities and maintain groundwater levels to support riparian vegetation.” Since base flows in all hydrological conditions support these critical ecological components, base flow in seasonal DRH was chosen as the comparison point.

TCEQ seasonal average base flow standards for the USGS gage on the San Antonio River at Goliad.

The full list of TCEQ regulatory information specific to the USGS gage on the San Antonio River at Goliad are listed on pages 23 and 24 of the TCEQ Environmental Flows for Surface Water.

Number of days in the season at base flow or greater

The final grade for this river basin report card metric is the average of the four seasonal base flow scores.

We recognize this report card grade is a simplification of the TCEQ regulatory standards. This San Antonio River Basin Report Card metric is not intended to replace the important TCEQ instream flows regulations, which the scientific staff of the River Authority helped to create and fully supports.

In Fiscal Year 2020-2021 (July 1, 2020 to June 30, 2021) 336 of the 365 days had an average flow rate at or above the seasonal DRH "base flow" condition for the four seasons  at the USGS gage on the San Antonio River at Goliad. All 29 days that were below the “base flow” conditions occurred in the summer season, July-September 2020. Base flow for that particular season is 139 cfs. The overall  grade is a good result given that much of the San Antonio River Basin was identified by the National Integrated Drought Information System as being in abnormally dry, moderate, severe, or extreme drought conditions throughout several months of the fiscal year.

Droughts can have an impact on the various human and environmental demands for freshwater. You can see current maps about the Drought Impact on Surface Waters in Texas, Texas Vegetation Conditions, and Drought Conditions along with learning more about drought in Texas here. One way you can help is to do your part by being mindful of how often you water your traditional lawn. Implementing water conservation practices throughout the year, particularly in Bexar County, can help maintain enough water in the Edwards Aquifer to keep spring flow entering the San Antonio River. Doing away with a traditional lawn that uses non-native, and often, water-intensive vegetation is even better. You can do this by implementing xeriscape landscaping using native vegetation which is designed specifically to reduce or eliminate the need for supplemental water from irrigation. 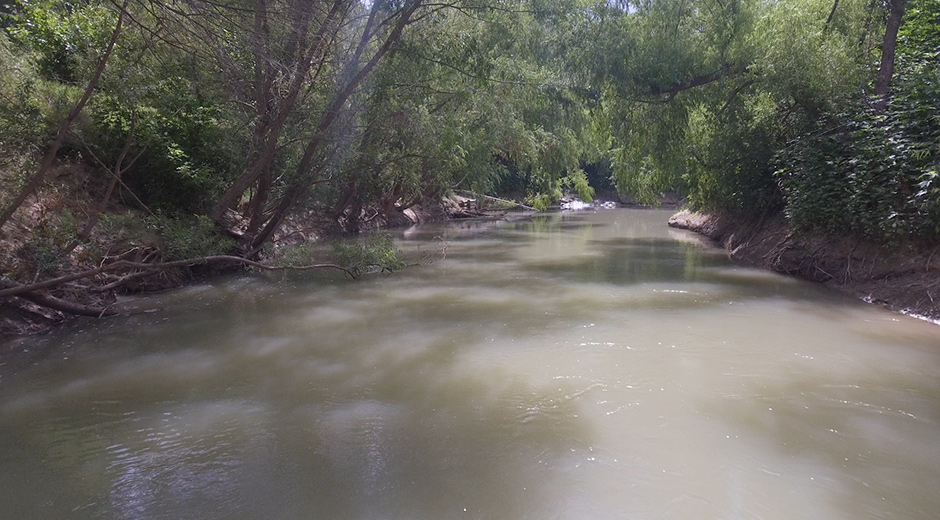 You could even go one step further and use native vegetation at your home or business while implementing green infrastructure, which are types of multi-benefit best management practices recommended for helping not only to limit the need for supplemental water irrigation, but can also improve water quality and help reduce flooding, particularly in urban areas. Homeowners can harvest rainwater in a rain barrel and use that water to irrigate your yard or build a rain garden to help capture and filter rain water runoff on your property. Business owners and developers may also want to seek a Watershed Wise Rebate from the River Authority to help offset the cost of implementing green infrastructure on a larger scale. Utilizing green infrastructure practices to improve water quality is not only for urban areas. Owners of farms and ranchland can develop a water quality management plan for their property with assistance from their local soil and water conservation district to help mitigate runoff pollution from rural areas. Helping to clean rain water runoff and better managing water quantity concerns are some of the myriad reasons the River Authority is encouraging individuals, businesses, and governmental collaborators to implement green infrastructure throughout the San Antonio River Basin.

Climate change also has the potential to impact instream flows (and freshwater inflows). A 2016 summary produced by the Environmental Protection Agency about what climate change means for Texas shows that despite the likely increase in heavy storms, the changing climate is expected to make water less available overall, and “Increased evaporation and decreased rainfall are both likely to reduce the average flow of rivers and streams.” Further evidence of the threat of climate change is identified in the City of San Antonio’s SA Climate Ready Report which states that climate projections for the city’s future will likely be even hotter and drier, and that “By 2040, we will likely experience summer maximum temperatures 4°F higher on average, 24 additional days over 100°F each year, and 3” less rain each year.” This evidence coupled with the recent (2021) Intergovernmental Panel on Climate Change report noting that the Central North America region, including the San Antonio River Basin region, is projected to see increases in drought, extreme precipitation, and river flooding provides a clear picture of changes that the San Antonio River may soon face.

You can learn more about climate change and steps you can take to help from the U.S. Fish & Wildlife Service, Environmental Protection Agency, United States Geographic Survey, and The Nature Conservancy.