The quality of life and health of citizens who live in the San Antonio River Authority’s (River Authority) District can be improved through having recreational access along creeks and rivers. Over the past decade, the River Authority has added nature-based parks and trails throughout the basin including hike and bike trails, paddling trails, picnic and camping areas, playgrounds, fishing, birdwatching, and even disc golf courses. With more access, people can develop a greater appreciation for the natural resources and quality of life benefits provided by the San Antonio River and its tributaries.

Veterans Memorial Park, which is located at 703 W. Elwood in Falls City along the San Antonio River, was severely damaged by a flood in 2002, leaving a dilapidated wooden playground structure, a worn-out swing set, and remnants of concrete picnic tables. Since March of 2019, the River Authority has been working with the Falls City Lions Club (Lions Club) to assist in replacing the playground equipment at Veterans Memorial Park. 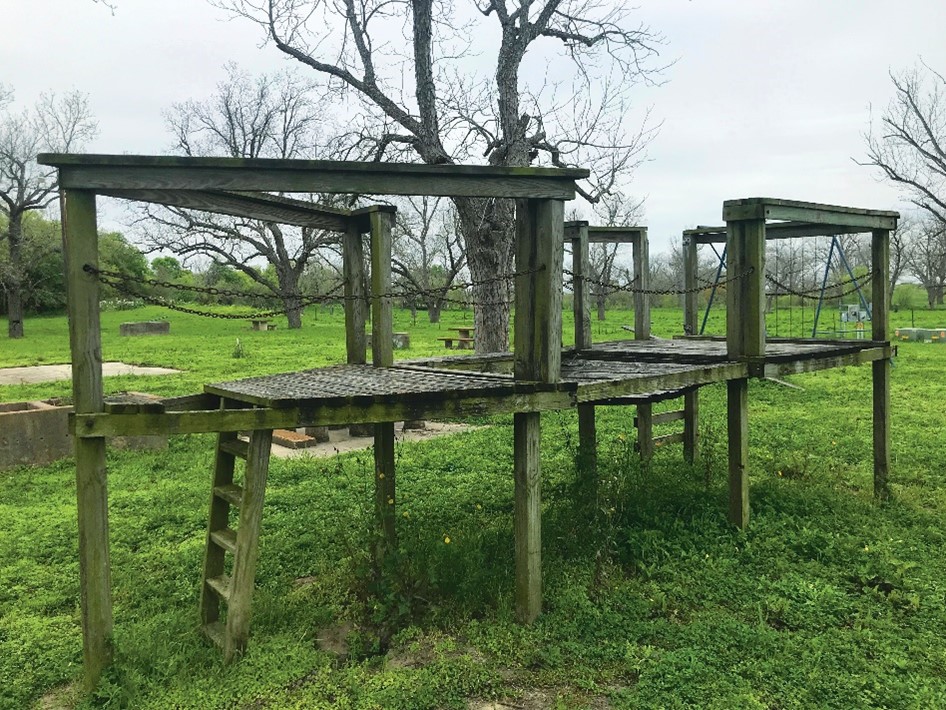 The initial cost estimate in 2019 for the new playground at Veterans Memorial Park was approximately $50,000. The River Authority offered the Lions Club a $25,000 challenge grant to help kick-start local fundraising to reach the target funding goal. The Lion’s Club was making progress, having raised over $15,000 in local donations. Then, in 2020, the COVID-19 virus made fundraising difficult for organizations around the world, not just those in the San Antonio River Basin like the Lions Club.

Given the unexpected fundraising difficulties, in February 2021, the River Authority amended its original 2019 agreement with the Lions Club and offered to provide the entire $25,000 from the initial challenge grant as well as covering the remaining costs of the playground equipment and installation, which had grown from the 2019 estimate of $50,000 to a final cost in 2021 of $58,695. In the end, the Lions Club was able to raise $15,738.37 and the River Authority contributed $42,956.63.

With all the funding in place, the new playground equipment, including swings and slides, was installed at Veterans Memorial Park in Falls City over the summer and the park equipment is now ready and available for the community to enjoy! Especially exciting is the new swing set, designed and installed by Miracle Park Place. This piece of equipment is commercial-grade, Americans with Disabilities Act (ADA) compliant, and designed for children ages 2 to 12-years old. There is no doubt that the Lions Club has done an excellent job ensuring that visitors will find the park an enjoyable place for all children, including those with physical disabilities or challenges, and that the space will continue to honor veterans of Falls City and Karnes County.

The River Authority was grateful for the opportunity to collaborate with the Falls City Lions Club to restore the playground at Veterans Memorial Park. This type of community engagement is integral to the River Authority’s mission of being committed to safe, clean, and enjoyable creeks and rivers. 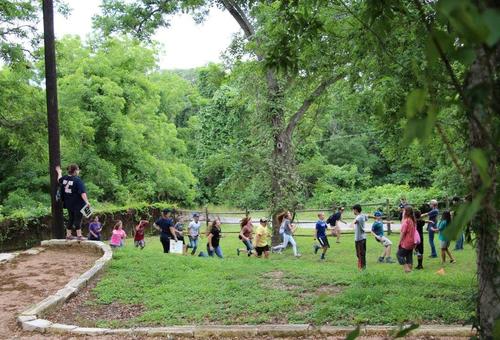 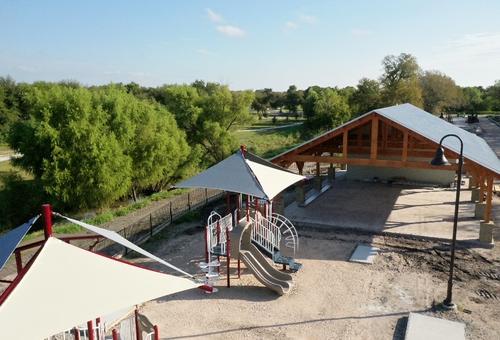 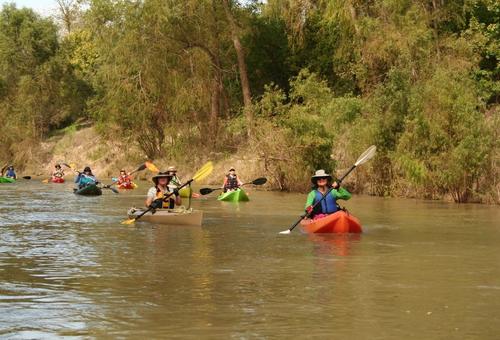