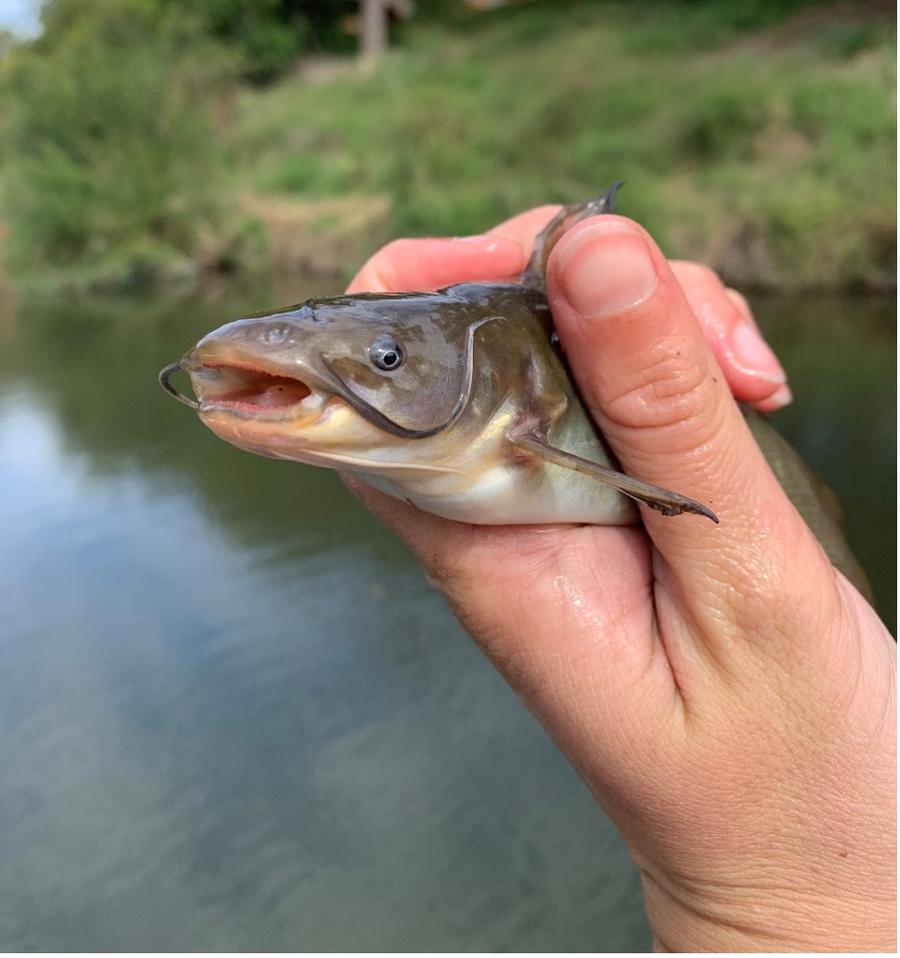 A yellow bullhead catfish! One of the many species found in the 2021 Mission Reach Intensive Nekton Survey (MRINS).

After six long days trudging through thick riparian vegetation and wading through deep waters, the 2021 Mission Reach Intensive Nekton Survey (MRINS) has concluded. You might be wondering, what the heck is a “nekton”? Although it sounds like the latest trending cryptocurreny, the word nekton is science-speak for an actively-swimming aquatic organism, or more simply, a fish! San Antonio River Authority (River Authority) aquatic biologists and many volunteers from various River Authority departments have conducted this survey for three years (and counting). The MRINS began as an effort to gauge the effectiveness of the ecological restoration within the Mission Reach of the San Antonio River Walk. The restoration, completed in 2013, aimed to find the nexus between flood conveyance and ecological functionality. The first annual MRINS was conducted in 2019, several years after the initial restoration, to allow the new habitats to attract native fish back into the Mission Reach. The goal of the MRINS is to track new fish species that have returned to the Mission Reach and monitor a variety of trends in fish community metrics such as percent native and non-native fish.

The MRINS comprises five sampling areas, beginning with the mile-long Eagleland stretch. The Eagleland stretch is often seen as the transition between the more urbanized downtown River Walk and the more natural stretches downstream of the Mission Reach. The habitats encountered in these areas include everything from swift, shallow water with a turbulent surface that can be sampled on foot, called riffles, to deep pools that require a boat. Now you can see why we call it an intensive survey! 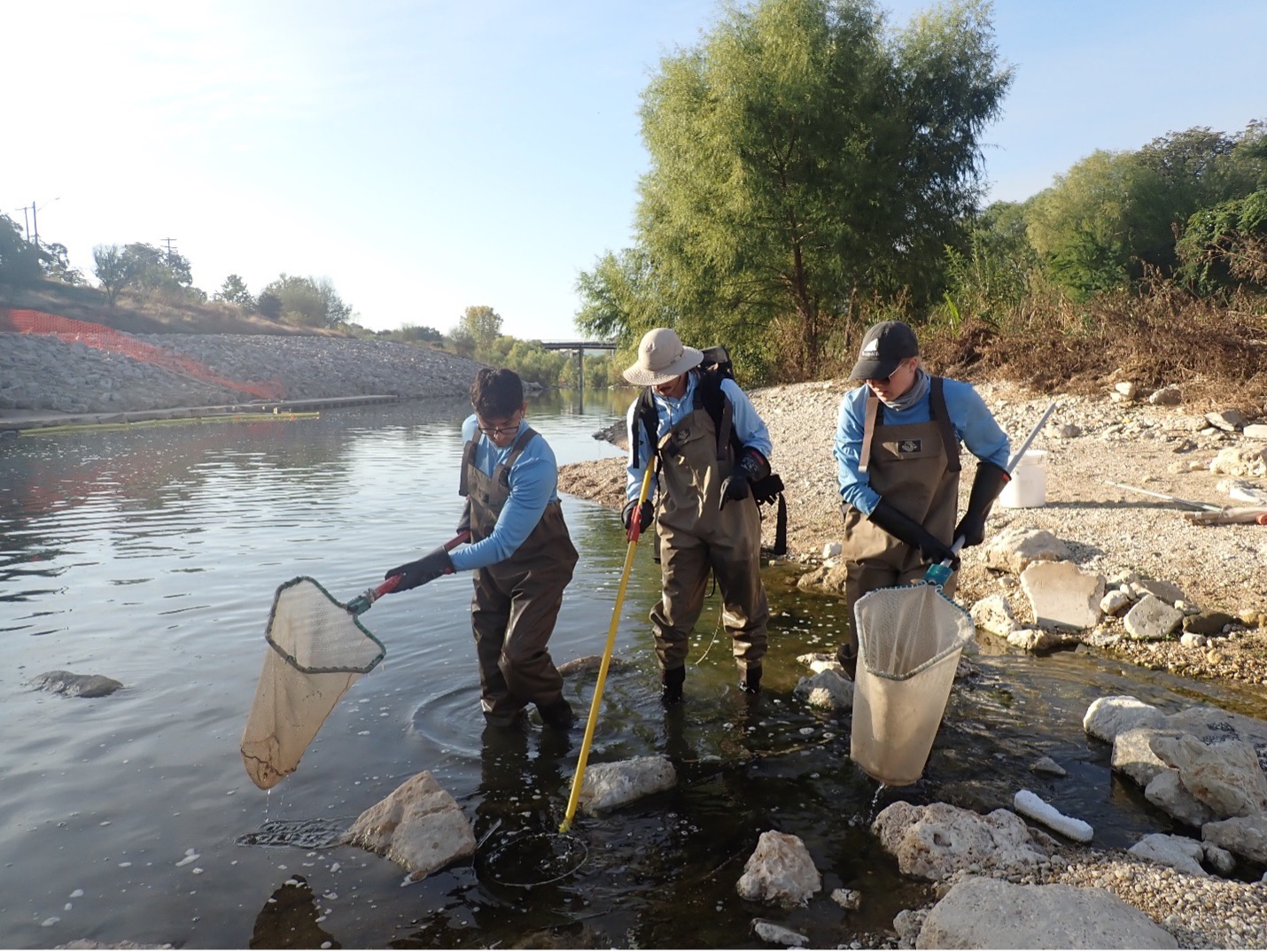 A foot crew carries a special electric backpack worn by one person to temporarily immobilize the fish (This method causes minimal stress to fish, as they recover quickly and are released soon after observations are recorded!). At the same time, two other scientists have nets to catch the immobilized fish. 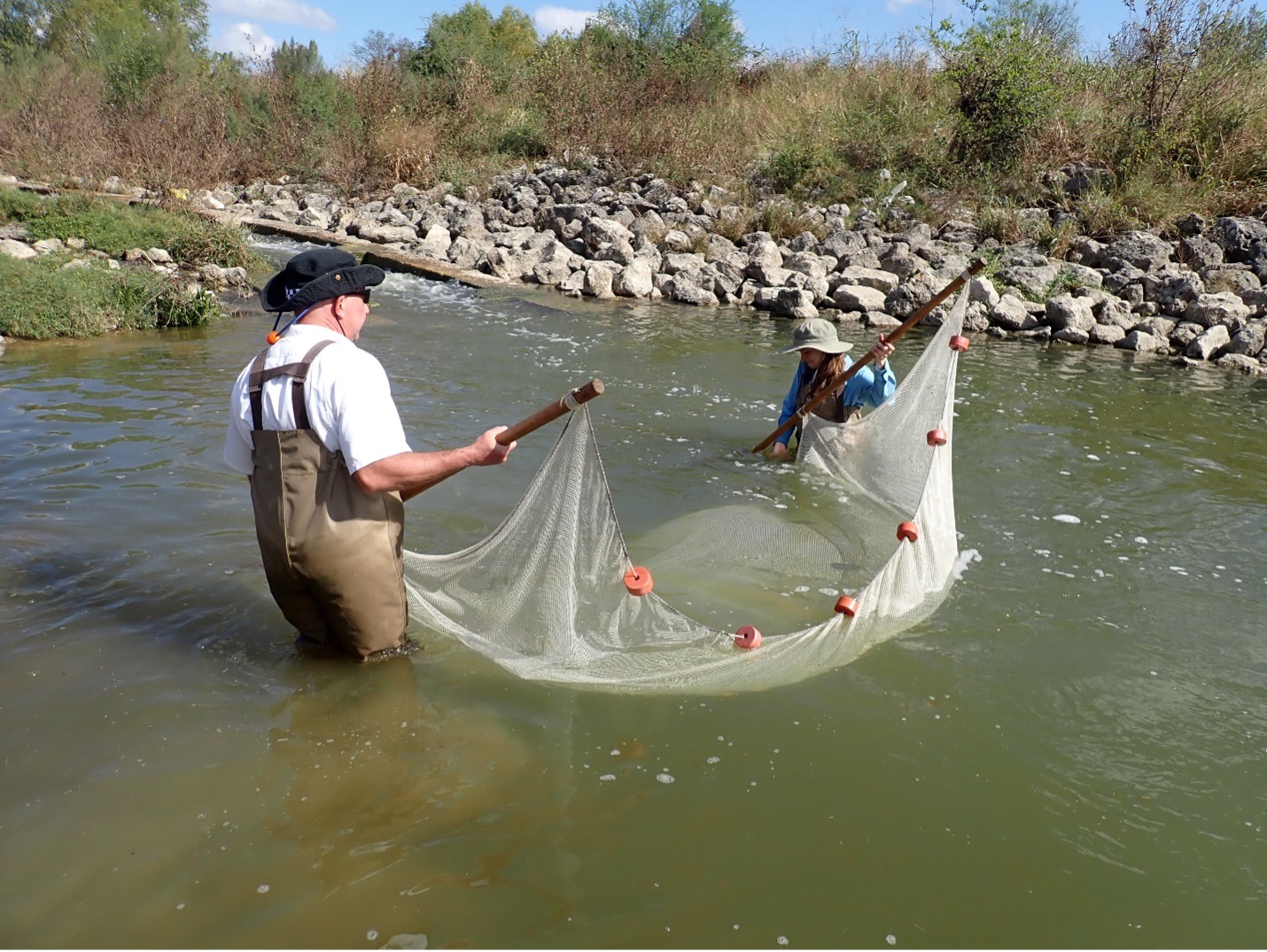 This foot crew also has a long net with poles on each end that is dragged along the river's bottom to corral fish.

The boat crew has a similar electrical system used to temporarily immobilize the fish; however, this electrical current is delivered directly from the boat.

During the MRINS, multiple habitats are assessed through each reach because different fish prefer different habitats depending on how they feed. Collection methods vary based on the habitat type being sampled. Therefore, all habitats must be surveyed effectively. For instance, if you sample a riffle, you are more likely to find a central stoneroller or Texas logperch. In contrast, if you sample a backwater, you are more likely to find a western mosquitofish or golden shiner. After each sample, every fish is identified to species and measured. It is also essential to describe the environmental conditions that each fish is coming from. This includes dominant substrate, instream cover like woody debris, overhanging vegetation, and undercut banks as well as water quality measurements such as pH, dissolved oxygen, temperature, depth, and stream velocity. After the conclusion of each sample, all fish are released back into the water and make their way back to the spot they call home in the San Antonio River. 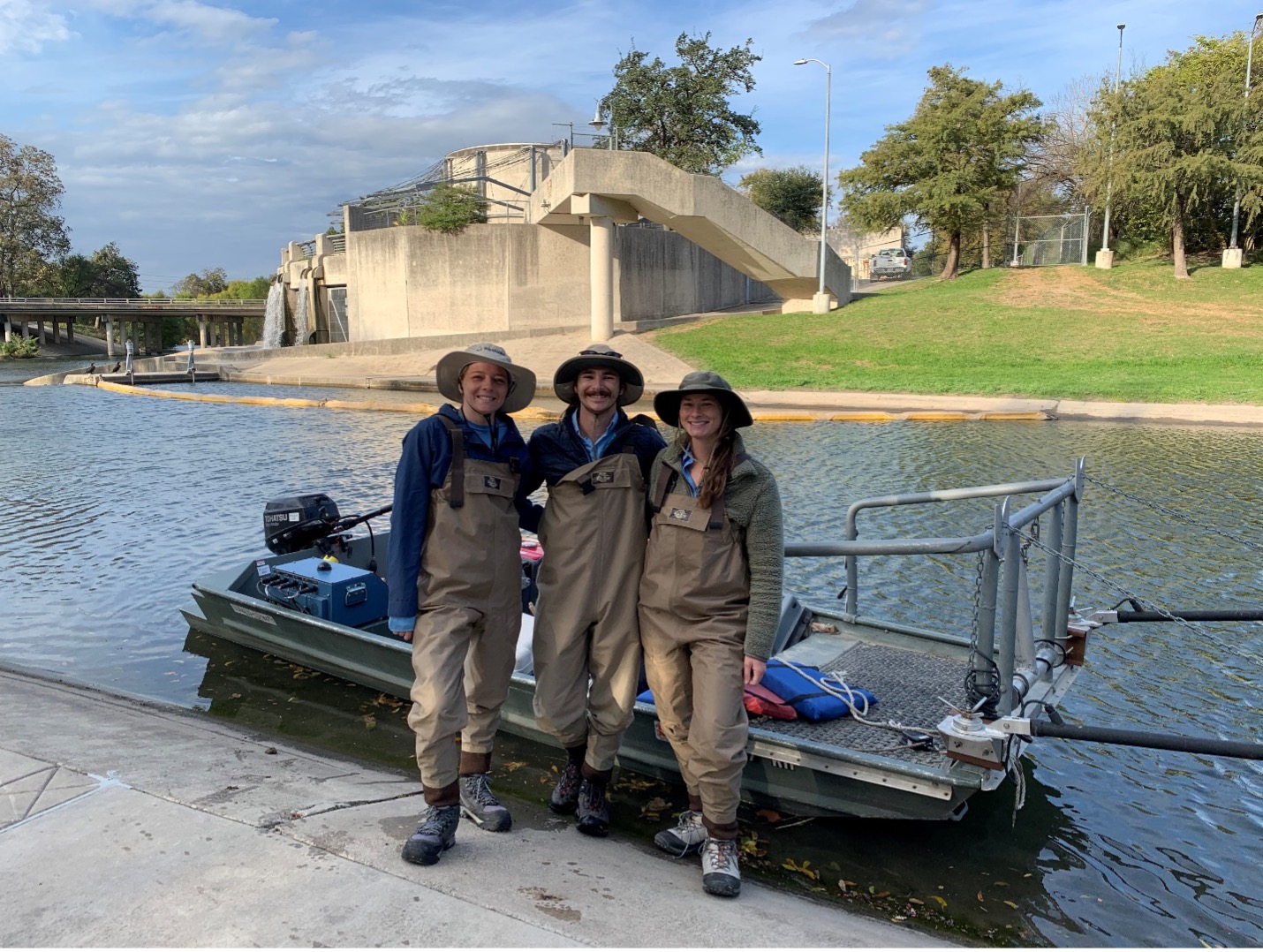 Each year brings new fish species, and this year produced our most significant find to date. This mystery fish has an elongated body, is heavily armored with ganoid scales (think diamond-shaped, this fish is fancy!), has an extended jaw filled with sharp teeth, and can gulp for air (say what?!).

Can you guess what it is?

We’ll reveal the mystery fish on our social media accounts next week. Follow us to stay in the loop! 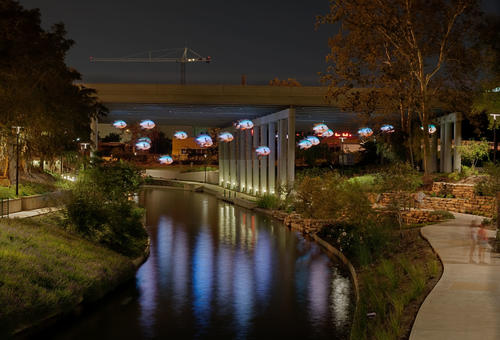 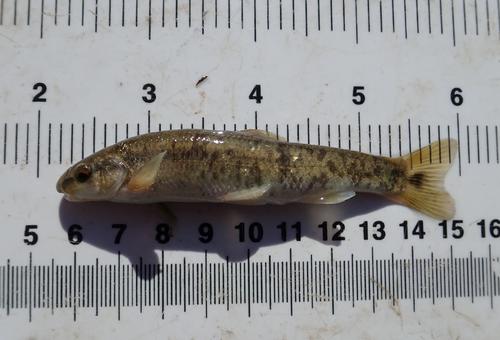 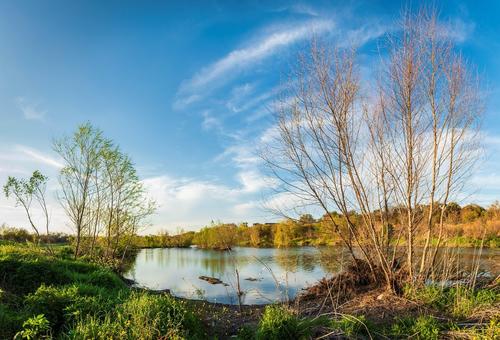