Don’t Dump Your Aquarium in the River! 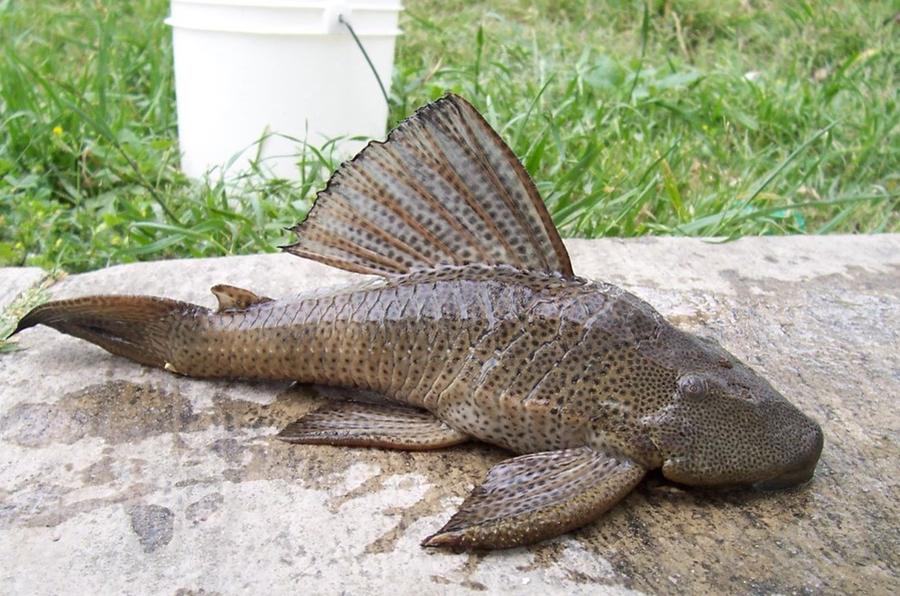 An ecosystem is an interconnected community of living things, such as plants, animals, and microbes, and the nonliving environment such as air, climate, water, and minerals that surrounds it. The San Antonio River Authority (River Authority) is proactive when it comes to protecting the natural resources of the San Antonio River Basin, and staff has been hard at work to address invasive species as part of our commitment to safe, clean, and enjoyable creeks and rivers.

Organisms who evolve together in the same ecosystem take part in a system of checks and balances that keep their population numbers under control. This natural system prevents any one species from taking over. However, when non-native species are introduced to a new environment, they have no natural predators in that ecosystem. This leads to a dramatic increase in their population size, leaving native organisms to suffer or even perish as they are outcompeted for resources like food and space. Non-native species that have detrimental effects on their new environment are called invasive species.

Learn more in today’s blog about two invasive species that are causing harm on the San Antonio River and what you can do to help prevent the spread of these species in our waterways! 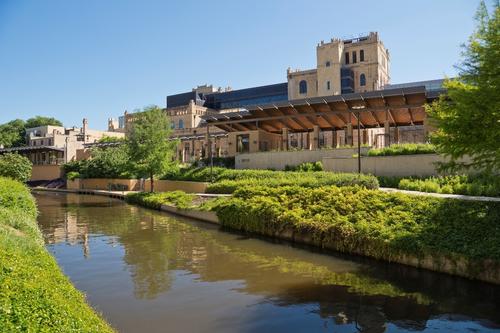 Imagine that you are taking a leisurely stroll along the San Antonio River Walk Museum Reach, peering into the water to catch a glimpse of a fish swimming by. Your gaze stops upon a fish just below the water’s surface that appears to be clinging to the concrete channel wall by its mouth. You have stumbled across an armored catfish, an invasive fish that is native to South America! How did this creature end up thousands of miles away from its native range, and how does this affect the San Antonio River ecosystem?

Oftentimes, aquarium hobbyists purchase non-native species from pet stores for their home aquariums. Unfortunately, these critters may quickly outgrow their tanks. Rather than returning them to a pet store or rehoming them, some fish owners choose to release these non-native organisms into local creeks and the San Antonio River. While they may be well-intentioned, these citizens are unknowingly wreaking havoc on the San Antonio River ecosystem. 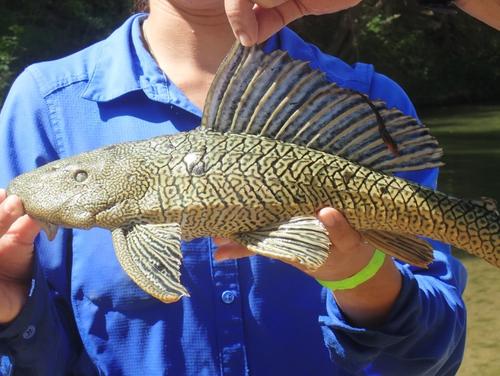 Two such invasive species that have negatively affected the San Antonio River ecosystem are the plecostomus (Hypostomus plecostomus) and the vermiculated sailfin catfish (Pterygoplichthys disjunctivus), both commonly referred to as armored catfish. These fish burrow into riverbanks, leading to erosion and even bank collapse. Their burrowing activity increases the water’s turbidity (or murkiness), which in turn increases the temperature of the water, leading to a decrease in the amount of oxygen present in the water to support native fish, freshwater mussels, and aquatic insects. Armored catfish can often be found eating algae that has accumulated on the concrete channel walls that line the Museum Reach of the San Antonio River. H. plecostomus insatiable hunger for algae has even been associated with a decline in the number of central stoneroller (Campostoma anomalum), an algae-eating fish native to the San Antonio River. These armored catfish, as well as another invasive species called the apple snail (Pomascea sp.), cause serious harm to ecosystems in which they are introduced, much to the detriment of all the native species we strive to protect.

Just as these invasive species were introduced to new environments through the actions of people, it is only through human intervention that we can reduce the impact of these non-native organisms on the river. First and foremost, never dump your aquarium into creeks and rivers! Fill your fish tanks with native animals and vegetation and be sure to isolate any new organisms you purchase before adding them to your tank to reduce the risk of parasites or other stowaways that may be hiding in your new purchase. Continue to educate yourself and others about the threats that non-native species pose to the San Antonio River ecosystem. You can also report any sightings by calling toll free at (866) 345-7272 or contact us through the River Authority’s website. Your help with reporting this invasive species will assist our Environmental Sciences Team to further study and remove the presence of this non-native species along our creeks and rivers. Finally, if you want to be involved in future efforts to mitigate the impact that non-native species have in local creeks and the San Antonio River please sign up and join the River Warriors. 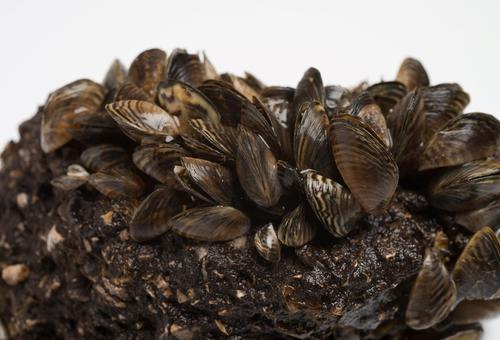 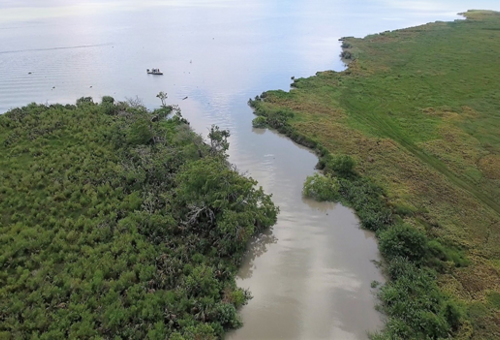 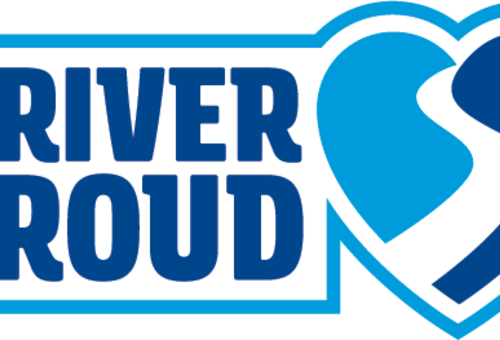