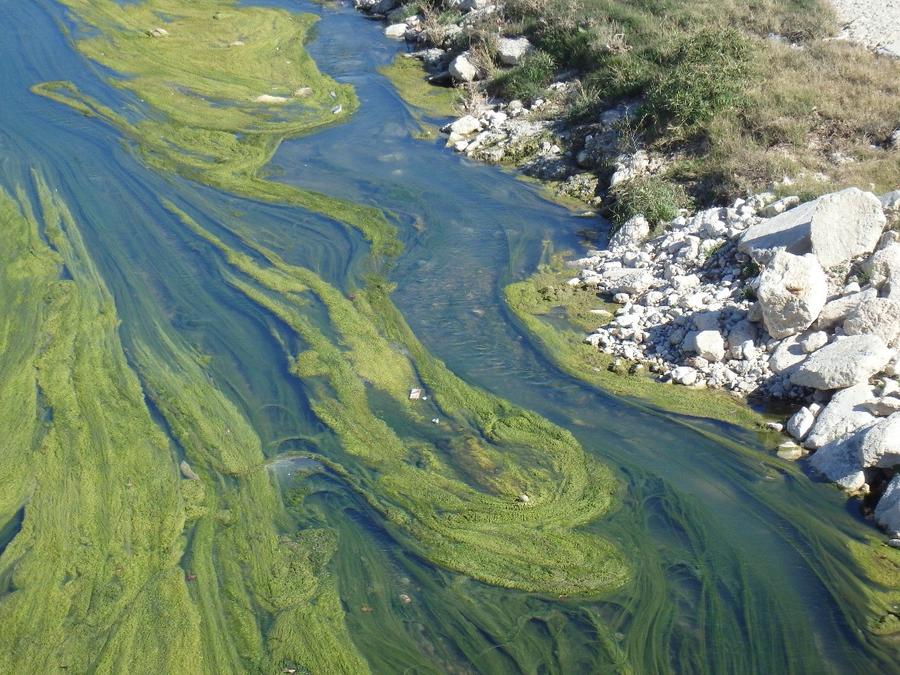 As people gravitate to the water during the hot summer months, many might notice the green sheets of a plant-like family of organisms called algae. The San Antonio River Authority (River Authority) usually receives many inquiries from the public as the presence of algae raises many questions. Does the presence of algae mean that there is poor water quality? Are the algae toxic or is there a benefit to nature?  The answers are intriguing and as varied as the algae species you can find in the San Antonio River Basin.

Read along as we share facts about algae and how changes in the environment and aquatic system can affect how much algae can be found along the San Antonio River. 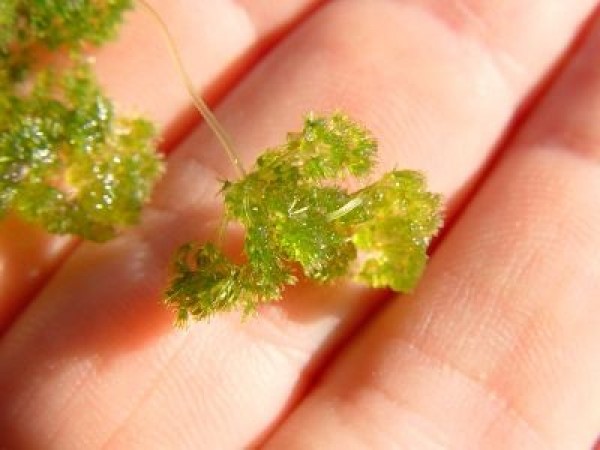 The San Antonio River and surrounding waterways naturally carry numerous algae species in many forms and colors. While they do produce their own food through photosynthesis and produce oxygen like plants, they are in a classification of organisms called protists, which are not animals, plants, nor fungi. In fact, algae are related to kelp, amoebas, and diatoms. Some can be single-celled and can only be seen through a microscope while other individuals can grow up to 50 meters in length!

There are a diverse number of algae species naturally occurring as part of a balanced aquatic system in the San Antonio River. Many larval insects and small fish consume algae as a primary food source. It can also serve as a place of shelter for those hiding from predators or conceal those on the hunt. Filamentous algae are a single-celled species that grow in chains along the bottom of creeks and rivers, on rocks or plants, and in a mat on the water’s surface. This alga can provide habitat for a diverse range of insects and aquatic life. Nitella (Nitella spp.) and Muskgrass (Chara spp.) are multicellular algae that can be mistaken for plant-life. Aside from creating a source of shelter for aquatic organism, the Muskgrass is eaten by many species of duck.

Sometimes other types of organisms are mistaken for algae. Single-celled organisms like protists or bacteria, or even microscopic animals, like bryozoans, can reproduce to the degree that they form large colonies that appear like a mat across the water’s surface or on rocks and structures. Another single-celled organism that is often mistaken for algae is Cyanobacteria (Anabaena sp. and Microcystis sp.), also known as blue-green algae. This is a group of photosynthetic bacteria that produce toxins that can be harmful to humans, pets, livestock, and wildlife. 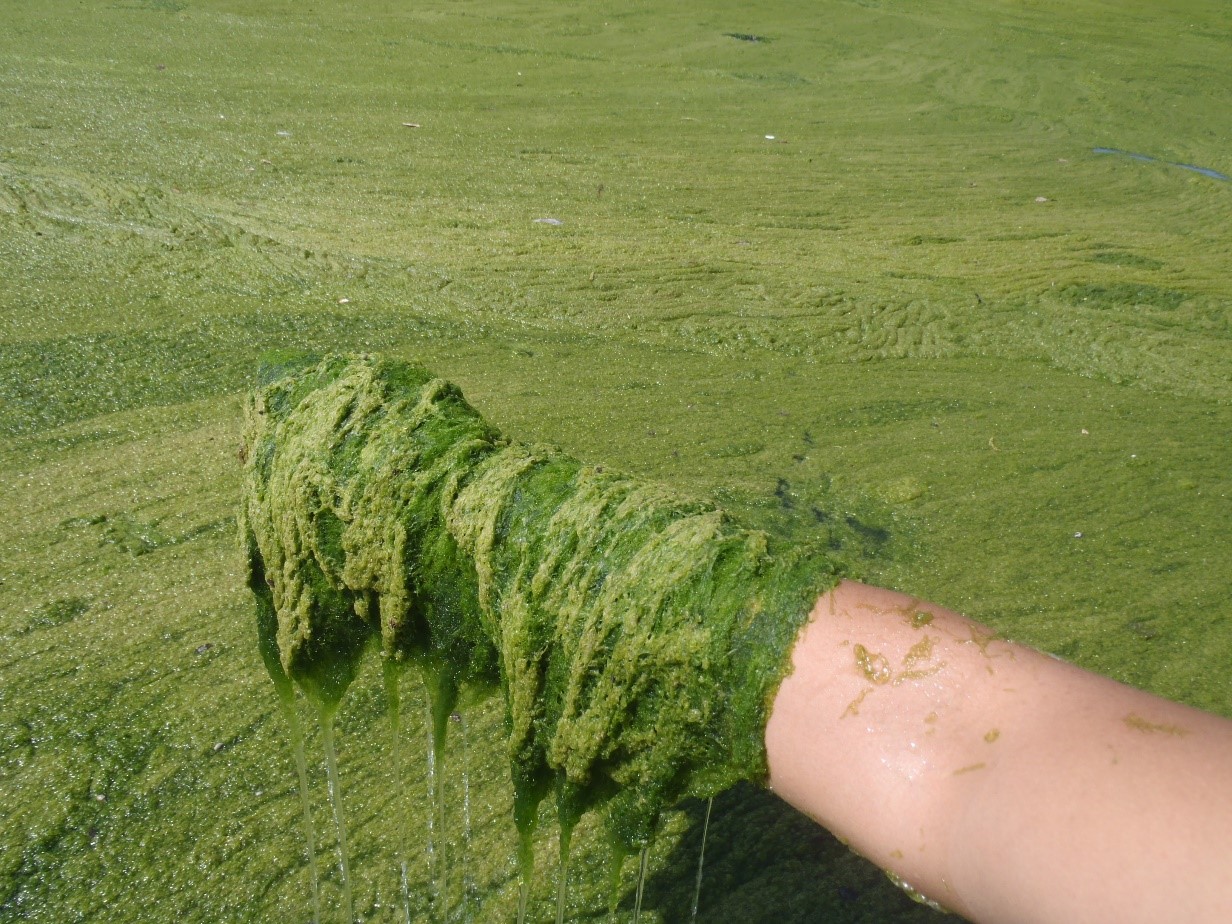 Large algae blooms often grab the attention of the public and even receive news coverage when it affects recreation and enjoyment. Algae are quick to respond to changes in the environment such as temperature and stream chemistry. Algae blooms often occur when there is an excess of nutrients introduced into the water. Large amounts of algae can block the sun, starving the underlying plants of sunlight or even clog pathways for aquatic life.

Certain algae species, like golden alga (Prymnesium parvum), create a toxin that can harm gill-breathing animals like fish and mussels. Algae that do not produce toxins can still bloom out of control with an overabundance of nutrient and cause great harm to fish populations. As the algae blooms beyond normalcy, it continues to use up nutrients until nearly none are left. Once the nutrients are used, the algae begin to die off, welcoming decomposer species like bacteria and fungi. Fish and aquatic insects eventually suffocate, sometimes by the thousands, due to lack of oxygen.

What You Can Do 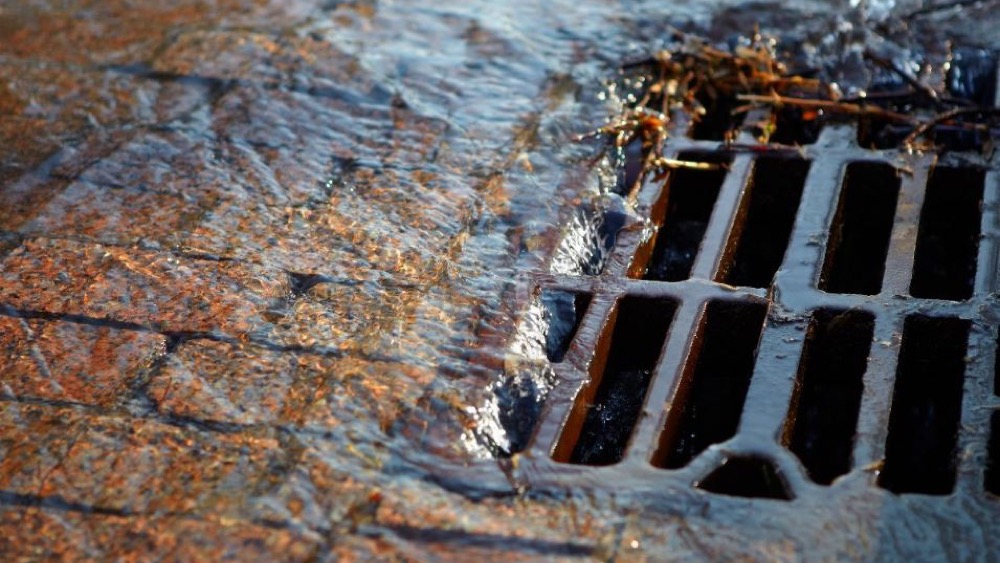 Excessive nutrients, especially those found in lawn fertilizers, can find their way to the San Antonio River during and after a rain event. Fertilizers, along with other garden chemicals, can runoff properties when it rains, down streets, into storm drains, and out to area creeks and the San Antonio River, untreated. The rainwater runoff that goes untreated into storm drains and directly to area creeks and rivers is known as stormwater runoff, or simply as stormwater. Please also avoid sweeping, ranking, or blowing your yard clippings into the street as they are full of nutrients and can be carried by stormwater to the river as well.

If you see something concerning to you in the San Antonio River or creeks that may be an algae bloom or a fish kill, please do not hesitate to reach out to the River Authority’s Environmental Investigations team toll free at (866) 345-7272 or online through our Contact Us page. Science staff in the field and in the environmental lab will investigate your concern and take appropriate action. 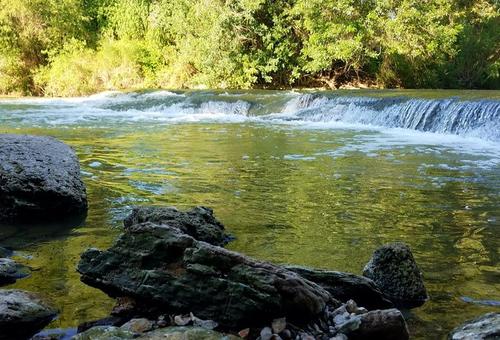 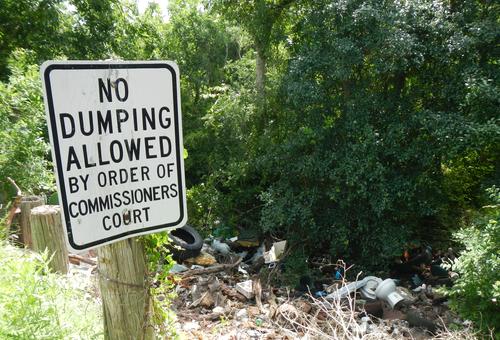 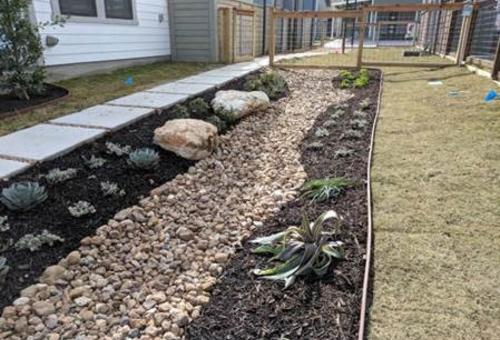