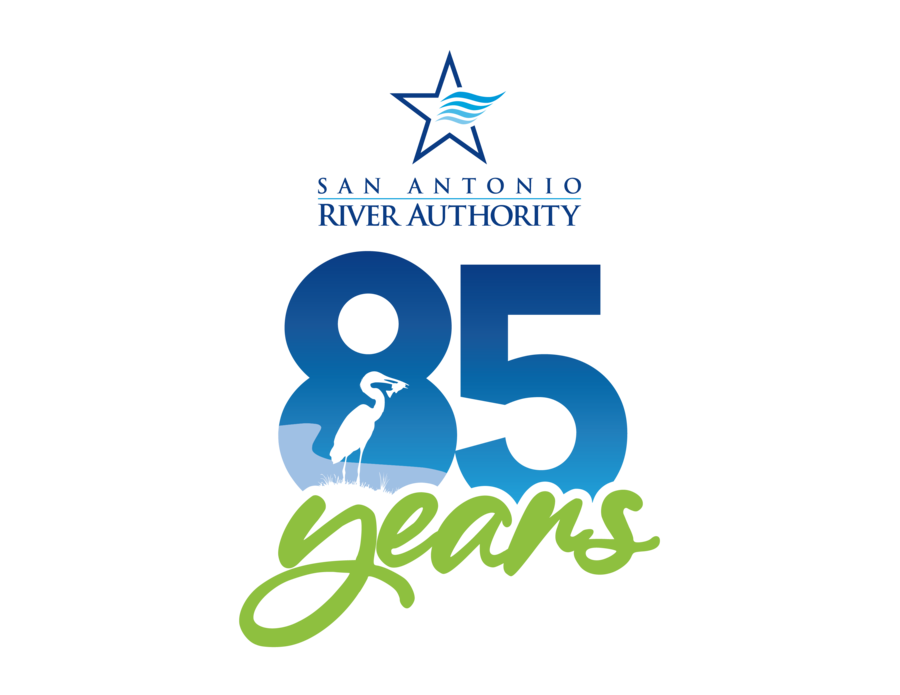 During the early years, the River Authority's focus was to plan a barge canal for commercial transportation of goods and materials by commercial barge between San Antonio and the Texas coast. On May 5, 1937, the 45th Legislature of Texas created the San Antonio River Canal and Conservancy District. The lack of feasibility for the canal project, combined with a devastating flood in San Antonio in 1946, changed the emphasis of the District from navigation to flood control. A San Antonio River Watershed Study was completed in 1952, which recommended the construction of approximately 85 dams throughout the basin. 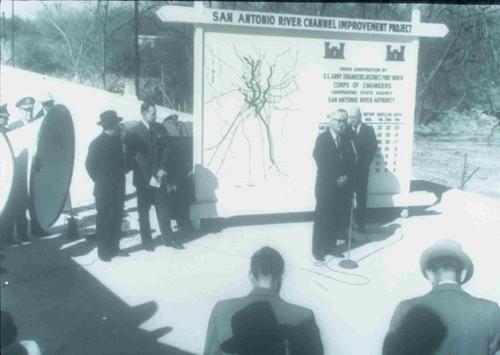 With a new focus on flood control, the District was renamed the San Antonio River Authority in 1953. By 1954, Congress authorized the construction of the San Antonio Channel Improvement Project (SACIP), on which the River Authority served as local sponsor for this U.S. Army Corps of Engineers (USACE) project. Over the next several years, the River Authority was reorganized again. This resulted in the addition of all of Wilson, Karnes, and Goliad counties to its jurisdiction, changing the Board of Directors to 12 members elected by the people (unique to Texas river authorities), and authorizing the levy and collection of an ad valorem tax capped at two cents per $100 valuation. This additional tax revenue allowed the River Authority to initiate several new programs beyond flood control, including water supply projects, water quality studies, and sewage treatment projects. With these new funds, the River Authority started the basin stream monitoring and surveillance program in 1962 – which is still going to this day.

Throughout the 1970s and 1980s, the River Authority continued construction on the SACIP. It focused on developing by-pass tunnels to provide further flood control to downtown San Antonio. The concept was advanced in 1982, and preliminary designs were completed in 1985. While planning for the flood tunnels progressed throughout the 1980s, the multi-purpose Nueva Street Dam, Marina, and Bridge Project was completed by the River Authority in 1987. Today this still serves as a critical part of the flood control and operations of the San Antonio River Walk.

Ten months after the San Antonio River Tunnel Project was completed in December 1997, south-central Texas experienced record-breaking rainfall. Fortunately, the tunnels performed as designed, sparing downtown San Antonio from a devastating flood. In 1999, the tunnel project won the State of Texas Outstanding Civil Engineering Achievement Award from the American Society of Civil Engineers and received a national-level Award of Merit.

In 2000, the River Authority was successful in obtaining Congressional approval to include environmental restoration and recreation as project purposes for SACIP. This opened the door for the development of the Mission Reach Ecosystem Restoration and Recreation Project as part of the San Antonio River Improvements Projects (SARIP). By 2004, the designs of both the Mission Reach and Museum Reach of the San Antonio River Walk were nearing completion. The Mission Reach and the Museum Reach projects were completed by the end of 2013. 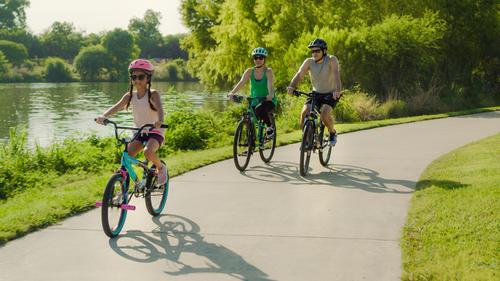 The Mission Reach of the San Antonio River walk

For many, environmental sustainability means conserving energy and water, recycling, or reducing air pollution. How we care for our watershed now will determine the health of rivers and streams for future generations to enjoy. A sustainable watershed is also beneficial for more than just the environment. It will save taxpayer money through reduced stormwater infrastructure costs and operations and maintenance expenses in the long run. It will also improve the quality of life in our watershed through increased green space and landscape beautification.

The River Authority will continue to be a leader in promoting sustainability throughout our district. Our core values of stewardship, integrity, and excellence permeate all our decisions. Our governmental and community partners value the River Authority's opinion on issues because we strive to make decisions based on the best available information or data. Scientific thinking and processes are and will continue to be the foundation of service that the River Authority provides the community as we uphold our commitment to safe, clean, and enjoyable creeks and rivers. 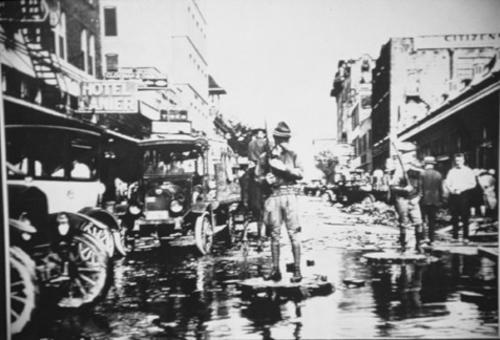 Safe
Flooding Flashback – 100th Anniversary of the Big Flood of 1921