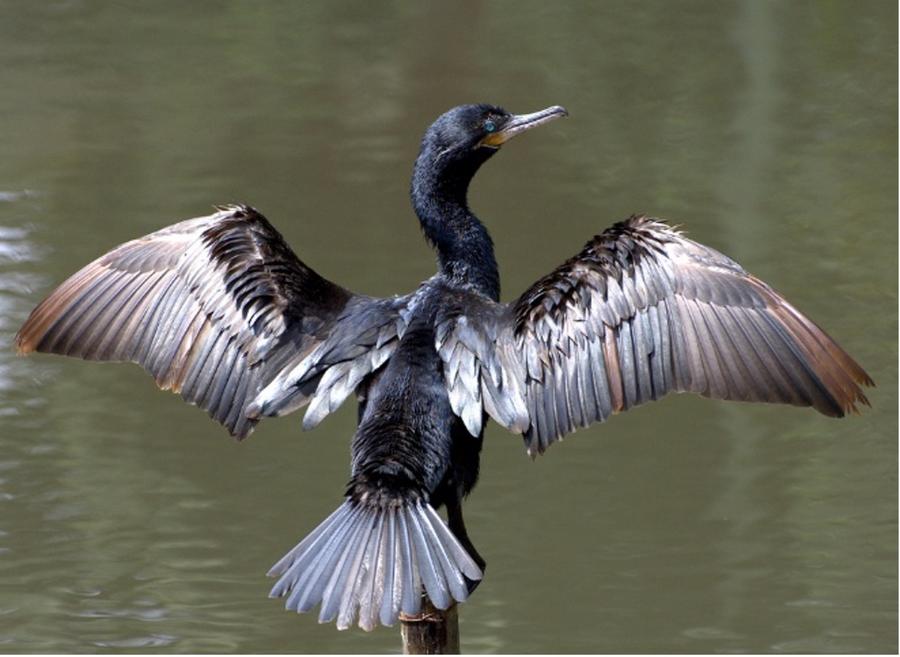 A familiar sight along the San Antonio River: a Neotropic Cormorant drying its feathers.

There are many exciting opportunities to see unique creatures when exploring the banks of the San Antonio River! One such creature is a majestic, dark, migratory waterbird that perches proudly against the sun, drying its feathers while totally undisturbed by the hustle and bustle of nearby walkers, bikers, and anglers.

The star of this story is the Neotropic Cormorant, Phalacrocorax brasilianus. The San Antonio River Basin is home to two of the six cormorant species in North America, the Neotropic, and the Double-Crested. Of the two, the Neotropic Cormorant particularly catches the human eye because of a unique white V-shaped border around its bill. This marking makes it look as though it is smiling at the world around it! This feature, along with smaller body size and longer tail feathers, differentiates the Neotropic Cormorant from the larger Double-Crested Cormorant. A third bird, called the Anhinga, has a snake-like elongated neck and body, making it challenging to tell them apart from cormorants. These are the three musketeers of the San Antonio River!

From Left to Right: A Double-Crested Cormorant, Neotropic Cormorant, and Anhinga. One way to tell the Cormorant apart from the Anhinga is the shape of the bill. Anhingas have pointed bills while cormorants have a hooked bill. Cormorants also have a yellow or orange color around their bill, while Anhingas do not.

Neotropic Cormorants can often be seen paddling through the water with their S-shaped necks sticking out. If you’re lucky, you may see these birds plunge-diving for fish in the river. Once they have caught unsuspecting fish, it is fascinating to watch them come up to the surface of the water with their prize and gulp it down, head first. Sometimes they even partake in a bit of teamwork by fishing communally. These intelligent creatures will sit in a line, startle the fish and pursue their pray as a team. Cormorants aren’t just fish eaters, though: they will feast on insects, crustaceans, and even amphibians if the opportunity arises!

Neotropic Cormorants are monogamous and breed in single or multiple-species colonies, primarily along the coast. These birds can even be considered modern-day masons! They make platforms of stick nests in trees and shrubs, sometimes using bat guano to cement their materials together. Hunting these elegant birds is unlawful. Their diet consists of small fish, making them an essential link in the ecological food web that keeps everything in balance.

We can do our part to work for safe, clean, and enjoyable waterways that benefit cormorants and humans alike. A straightforward action is disposing of waste and recycling properly. This helps ensure that plastic and other pollutants are kept out of the river.

An Unfortunate consequence of litter in the river: River Authority staff captured this video of a Double-Crested cormorant trying to remove a fishing hook lodged in its tail.

The next time you see one of these handsome living statues on the river, make sure to stop and appreciate their elegance. They will not consider it rude! Instead, they will say, “Come tell us apart if you can!” Are you up for this unique avian challenge?

Keep on the lookout for another South Texas Native feature in our blog next month on drumroll… the Cochineal insect! 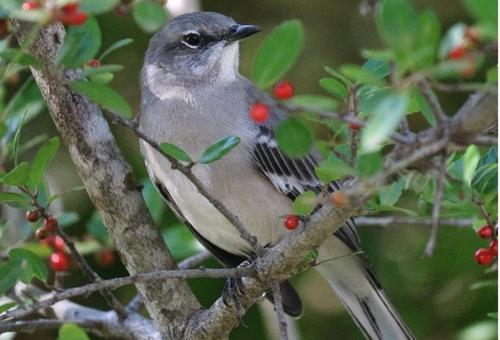 Enjoyable
Bring on the Birds! Celebrate Birds with Acts of Stewardship 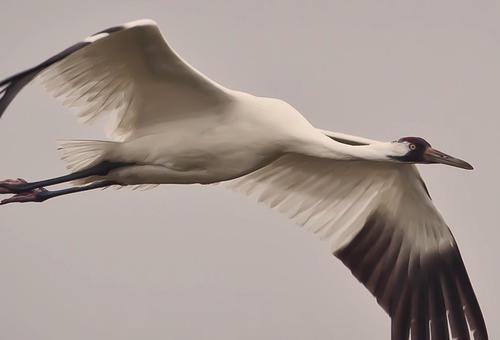 Clean
Whoop! There it is! An A+ Rating for Whooping Crane Growth in 2021