The San Antonio River Basin is a dynamic ecosystem with rivers, creeks and streams that can quickly be impacted by rain events and other weather conditions. Human activities within the basin may also affect water conditions.

The San Antonio River Basin drains a land area of 4,180 square miles. The basin extends from Kerr and Medina counties in the Texas Hill Country southeast toward the Gulf of Mexico. It drains approximately half of Medina County to the far northwest; the majority of Bexar, Wilson and Karnes counties, which comprise the central portion of the basin; approximately one third of Goliad County to the southeast; and parts of Bandera, Kendall, Comal, Guadalupe, DeWitt, Kerr, Atascosa, Victoria and Refugio counties.

The basin’s major watersheds are:

The map below shows how these watersheds drain toward the Gulf of Mexico. 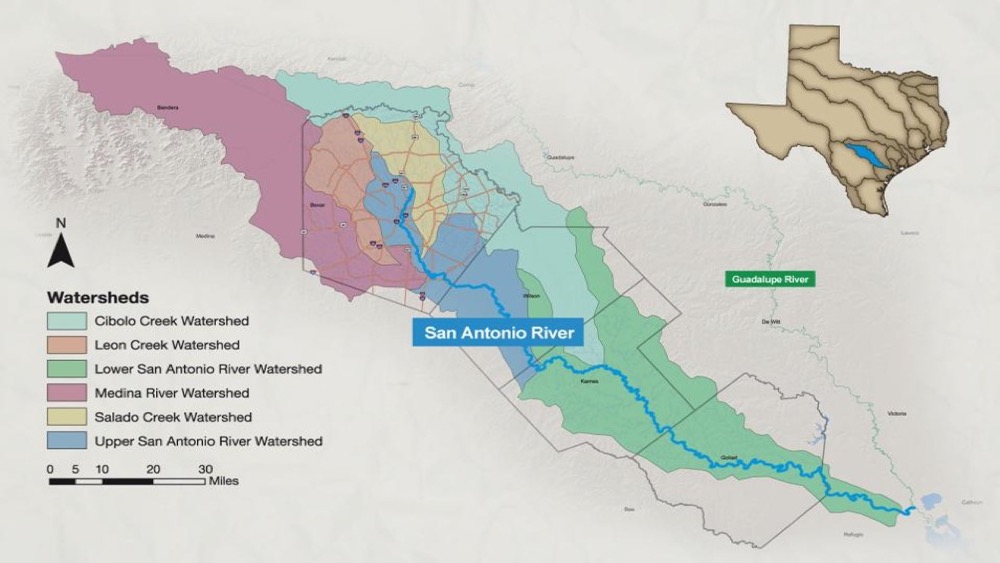