On September 19, 2017 at the River Symposium and Environmental Flows Conference in Brisbane, Australia, the San Antonio River was recognized by the International RiverFoundation as the recipient of this year’s Thiess International Riverprize Award. 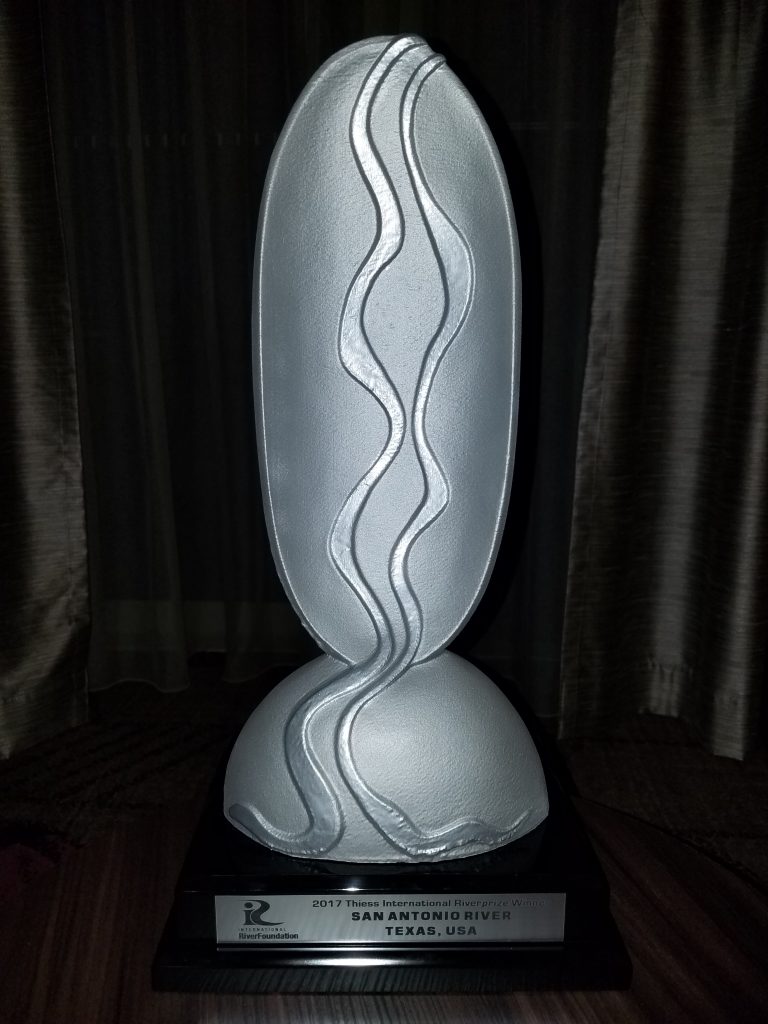 The Theiss International Riverprize, presented by the International RiverFoundation, is the world’s foremost award in river basin management. It recognizes and rewards organizations making waves in the sustainable management of the world’s rivers, whether at the grassroots or transboundary level. The prize rewards inspiring initiatives that demonstrate Integrated River Basin Management to restore and protect rivers, wetlands, lakes and estuaries.

The San Antonio River was recognized in part for the having invested $530 million on improvements which include the San Antonio River Improvements Project (SARIP) which added flood management, amenities, ecosystem restoration and recreational improvements to over 13 miles of the San Antonio River. The famous 15-mile San Antonio River Walk – a world-leading example of inspiring urban park design and prosperous riverfront development was also highlighted for connecting over 2,000 acres of public park land and attracting over 11.5 million visitors annually, pumping $3.1 billion into the local economy. The work to improve water quality throughout the entire basin was also mentioned as a contributing factor in the selection process.