Following a devastating flood in 1946, River Authority began working with the U.S. Army Corps of Engineers (COE) and the Natural Resource Conservation Service (NRCS), to develop strategies that address flooding in and along the San Antonio River and its tributaries. 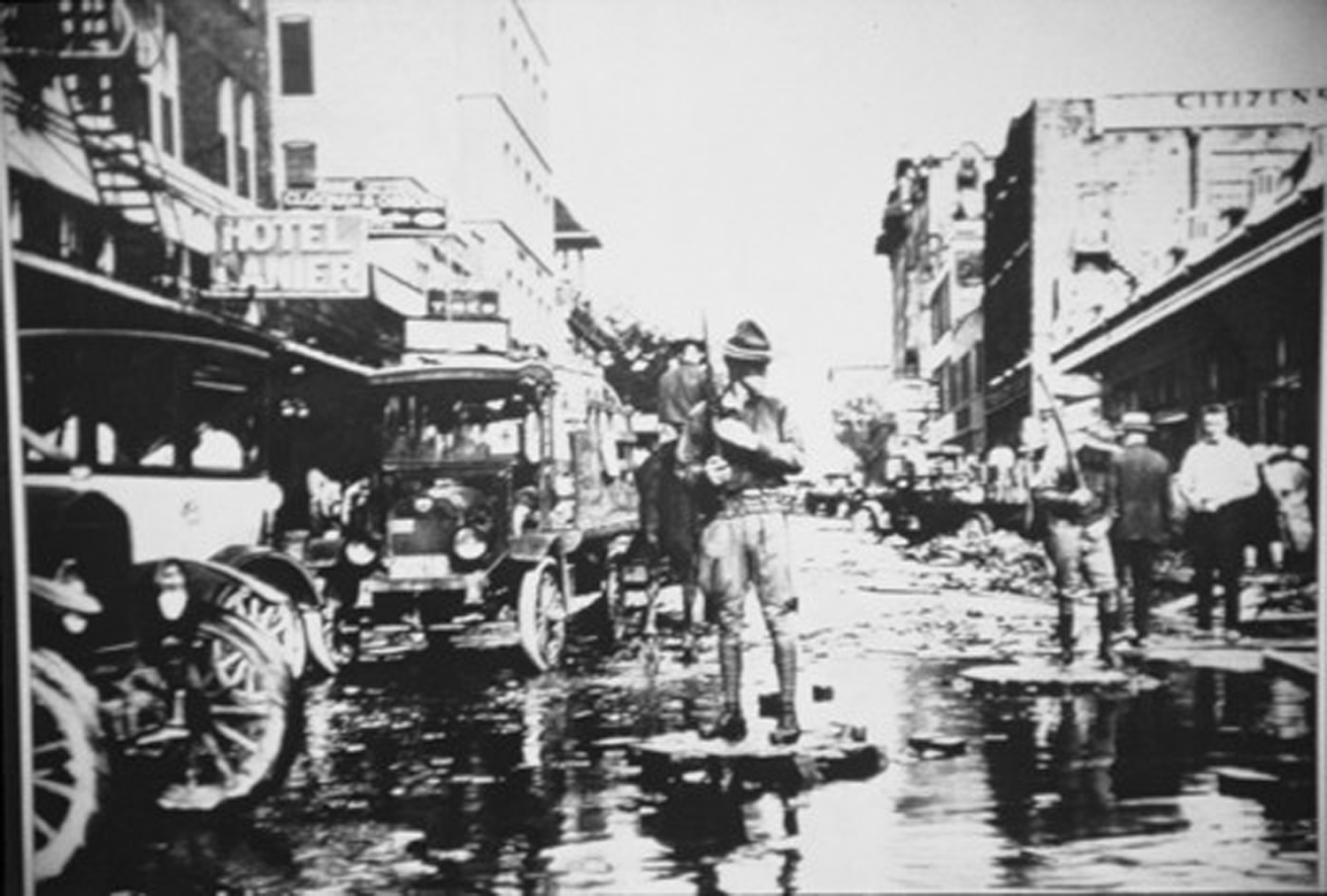 In 1954, the U.S. Congress authorized the COE to construct the San Antonio Channel Improvements Project (SACIP). The River Authority continues to serve as the local sponsor with the COE on projects throughout the Basin. The River Authority formed important partnerships with local governments, including the Escondido Watershed District in Karnes County, Bexar County and the City of San Antonio, to implement significant flood control projects.

Through the SACIP, the River Authority has worked with the COE on major realignment and channelization to 31 miles of the San Antonio River and its tributaries, which continue to provide invaluable flood protection. Two underground tunnels, one at the San Antonio River and the other at San Pedro Creek, also divert floodwaters from San Antonio’s central government and business districts. These improvements serve as the backbone for our community’s floodwater conveyance system and protected San Antonio from significant loss of life and property damage in the October 1998 flood.

Recent efforts have transformed and enhanced the flood carrying capacity of the River by applying modern, environmentally sensitive and aesthetic construction methods. The partnership among the River Authority, the City of San Antonio, Bexar County and the COE, wanted to facilitate a steady flow of water downstream, while constructing recreational amenities and improvements from Brackenridge Park, south to Mission Espada. A 22-member citizen committee was appointed by the partnership in 1998 to guide the planning and implementation of this major community project. This project, known as the San Antonio River Improvements Project, was completed in October of 2013. Throughout its development and construction, the River Authority served as project manager and administrator for the COE, Bexar County and the City of San Antonio partnership.