(SAN ANTONIO) – The San Antonio River Authority (River Authority) announced it will host the agency’s 7th Annual Environmental Film Fest to help commemorate National Rivers Month in June. It will be streamed online June 3 through June 21. The film fest is free to the public, but registration is required to access the films.

The River Authority is partnering once again with the South Yuba River Citizens League Annual Wild & Scenic® Film Festival to feature national and international short films about topics such as nature, adventure, wildlife, and conservation. The festival will also feature special screenings of the documentary “Paddling Lessons,” a film about a 260-mile journey through the San Antonio River from its headwaters in San Antonio to its connection to the San Antonio Bay.

“Our annual environmental film festival has been so popular that even with social distancing we can continue to share entertaining, thought-provoking, and award-winning short films highlighting efforts to protect and appreciate the beauty of our world,” said River Authority General Manager Suzanne Scott. “From the comfort of your home, you will be amazed by the work individuals are doing to improve and raise awareness about our environment. Through this on-line platform, we will reach a much wider audience and hopefully inspire more people to join us in protecting the vital ecosystems of creeks and rivers.”

Registration to this year’s film fest began Monday, May 18. Registered participants will receive a link via email every week starting June 3 through June 17 with access to this year’s film selections. Participants will have access to the films for five days after receiving the weekly email but may register anytime while the film fest is taking place. Participants will also receive information on ways to join the River Authority in protecting and preserving creeks and rivers. For more information about the film fest and to register, visit www.sara-tx.org. 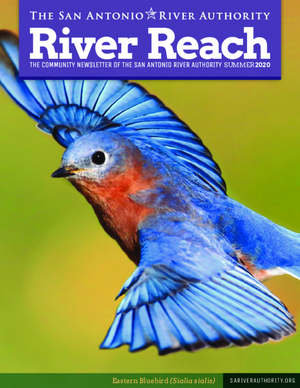